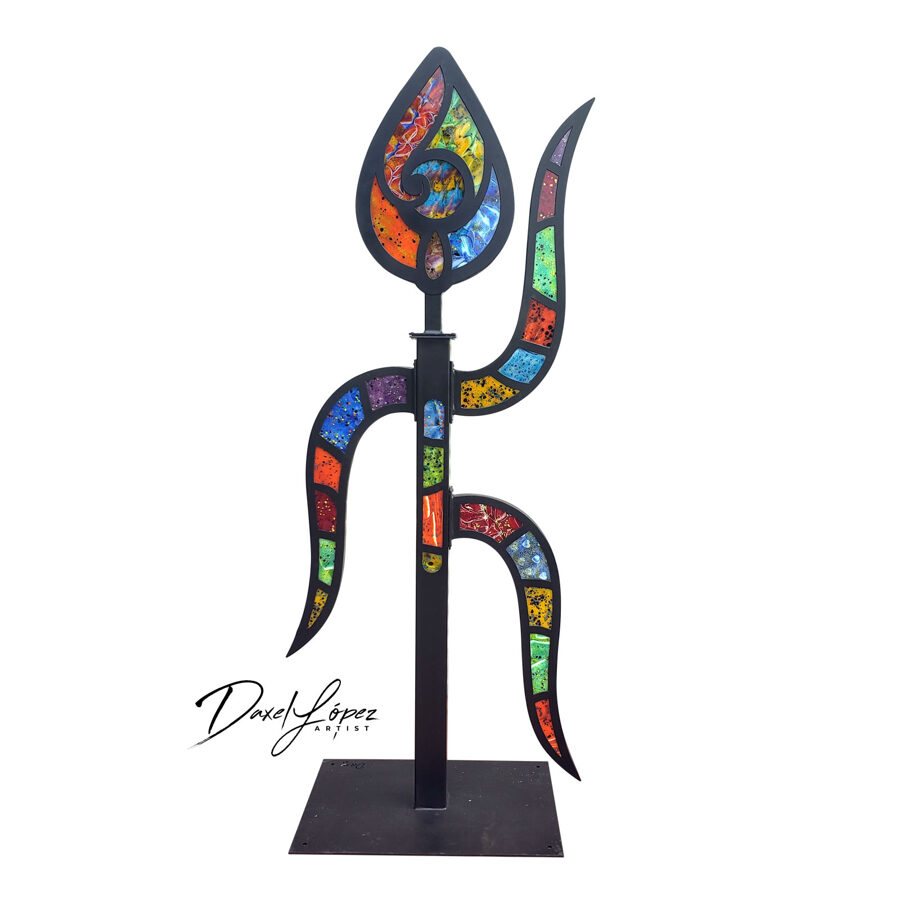 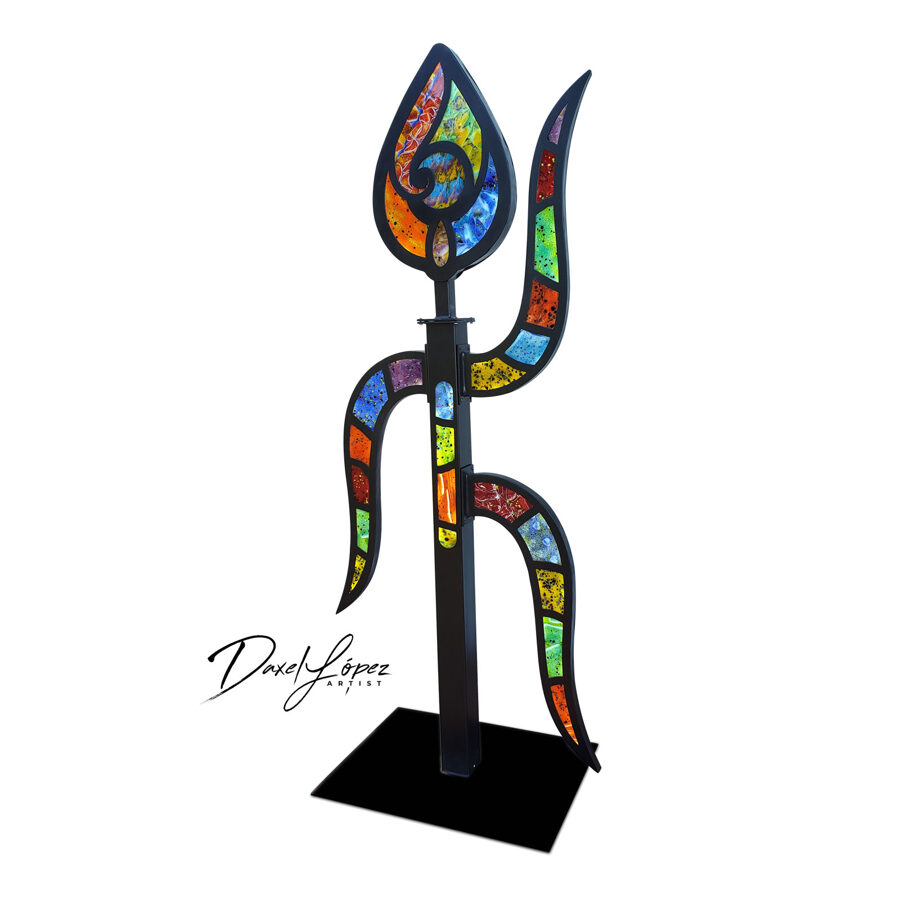 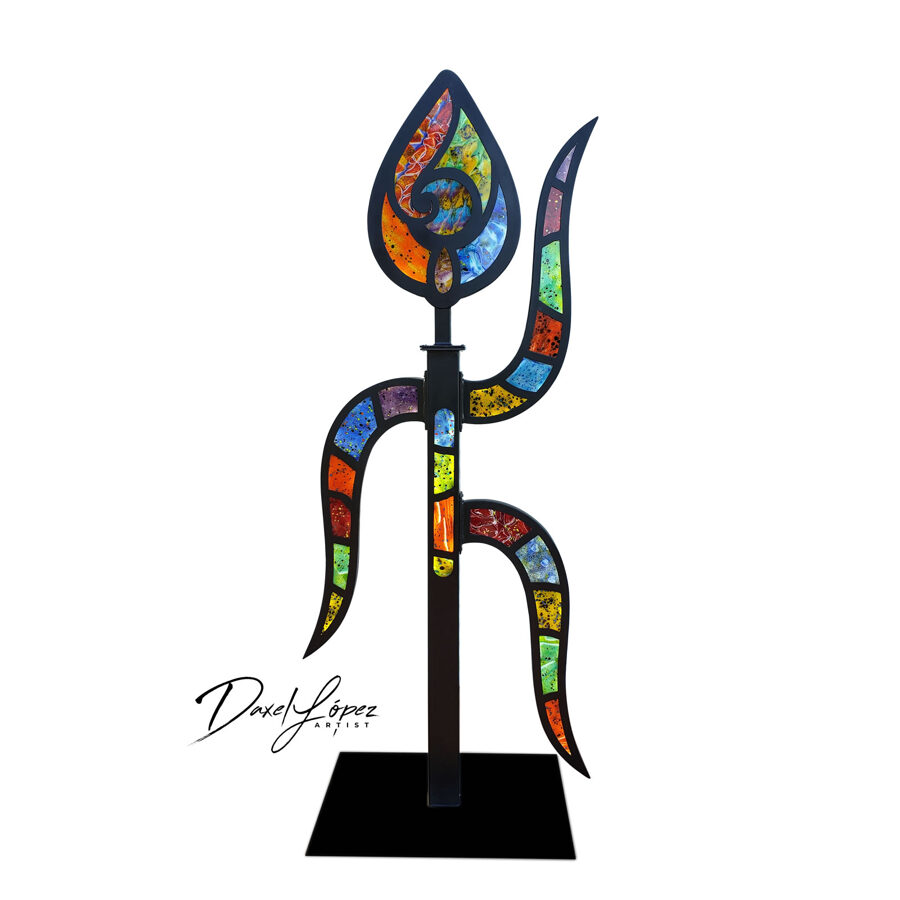 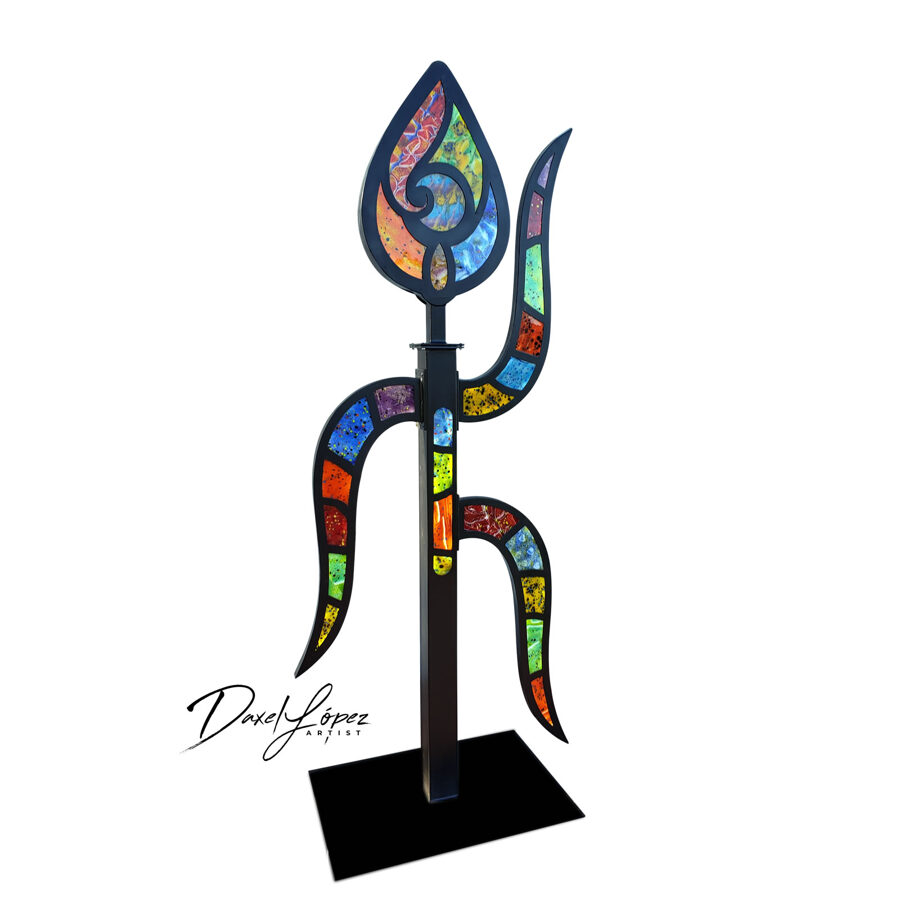 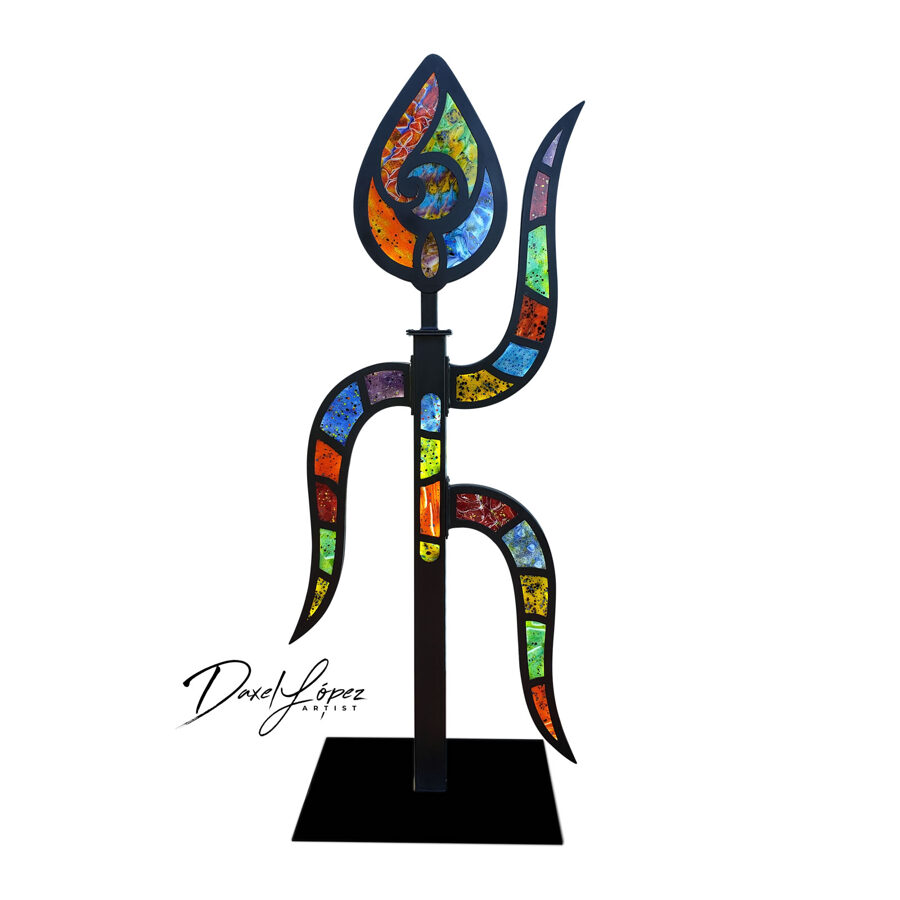 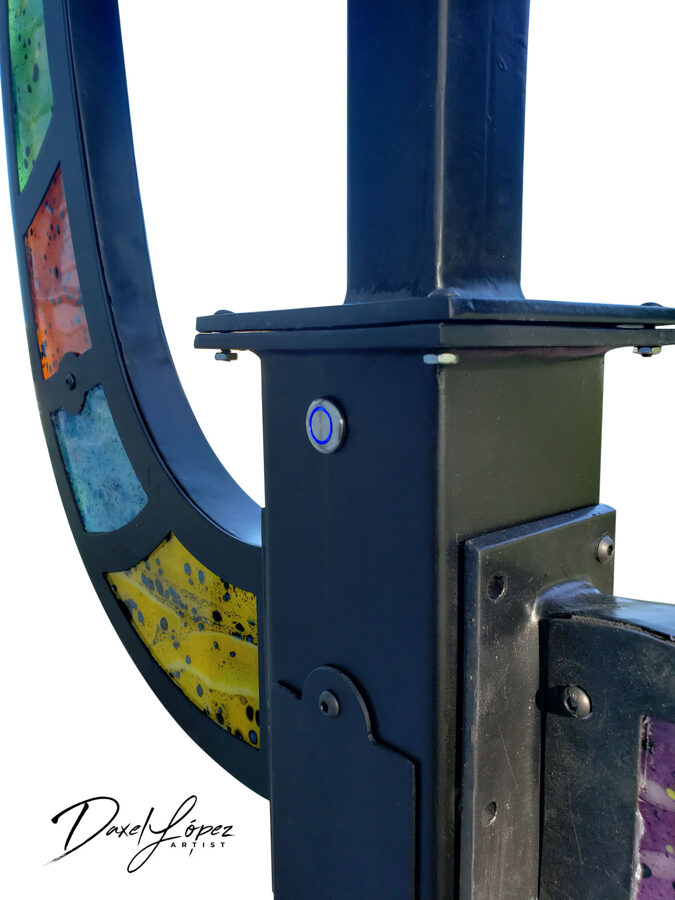 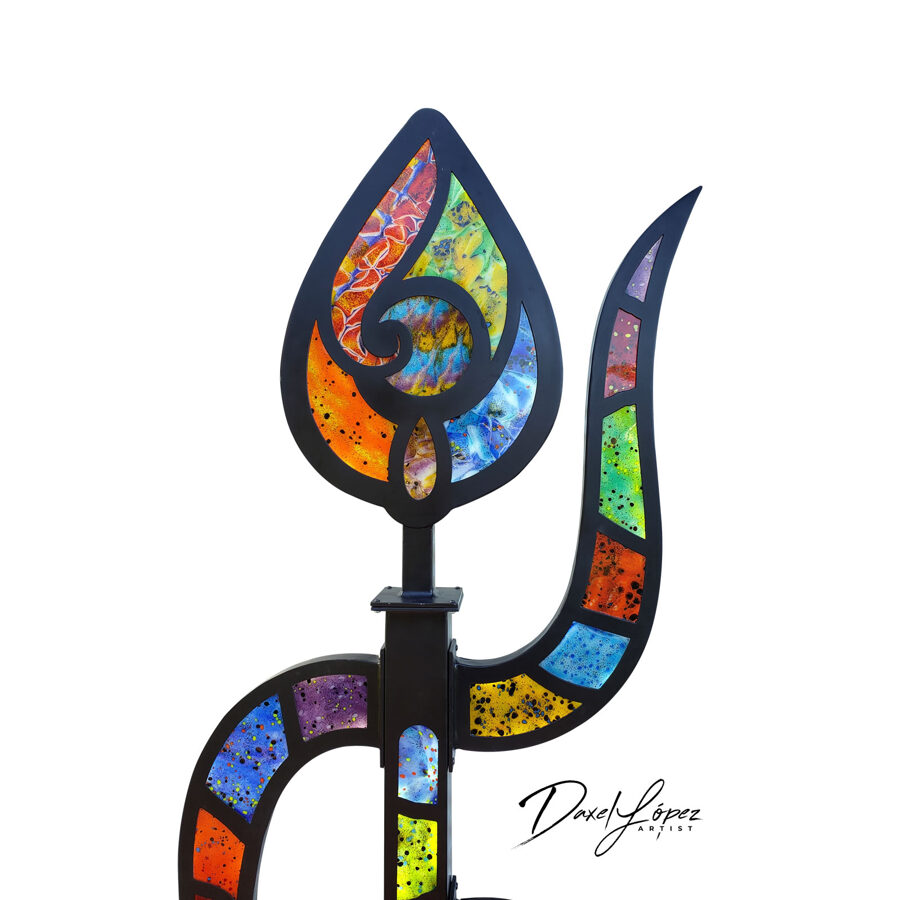 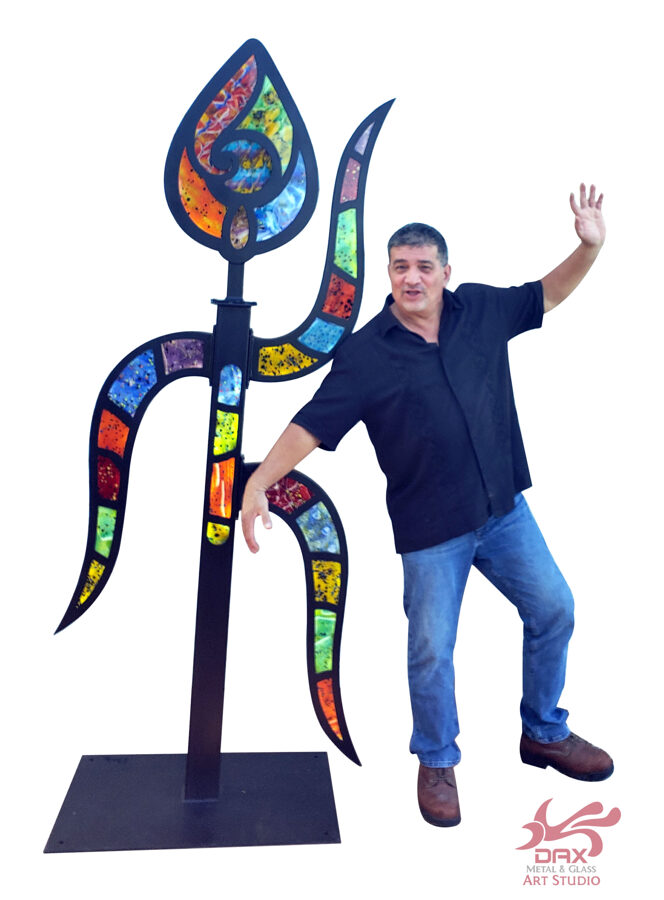 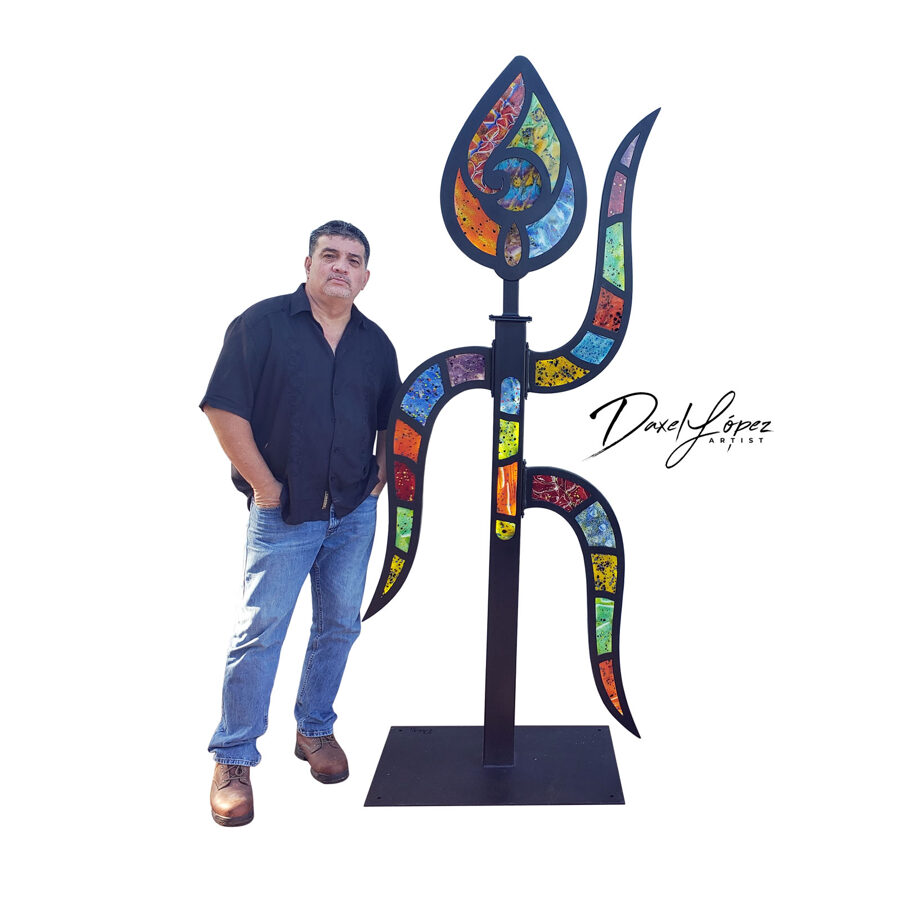 Neither the obstacles he faced, nor all the men who opposed him,
could defeat Latin Humpty Dumpty. "

In a unique blend of colors and shapes, Latin Humpty Dumpty emulates an abstracted dance-like human form made from custom fused recycled glass. Frozen in a frenzy of dynamic movement and storytelling, the figure brings together a unified representation of the immigrant Hispanic experience. Inspired by the classic English Nursery rhyme “Humpty Dumpty” Lopez visualizes the message of the rhyme through the style of his artmaking while reclaiming the Hispanic immigrant experience by creating his own translation of the text. Reforming the text changes the characterization of Humpty Dumpty into a Latin individual facing obstacles in a foreign, predominantly English country. In a playful manner, the glass figure is captured in the midst of organic movement, presenting optimism in the face of this struggle.

The recycled aspect of the glass weaves together fragments of stories in a cyclical movement of generational memories. As a hybrid expression, the past is incorporated in vibrant and energetic patterns coming together as one. Lopez fuses these ideas into his handiwork, creating space for healing and progression on an individual and collective level.

Latin Humpty Dumpty shines brightly, illuminating a perception of strength and optimism in the immigrant experience rather than defeat and loss. Rising above the wall, the Latin individual learns to overcome struggles by integrating themselves as ways to move forward in life with strength, joy and integrity

Custom Awards Order: Please feel free to share with the artist any idea of your project.  Send by email to daxartglass@gmail.com